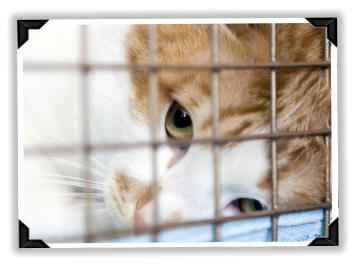 Your pet is a companion, a friend, and in a real sense, a member of your family. In order to reduce the number of animals ending up in shelters or being euthanized, we advise that you spay or neuter your pet. Both male and female dogs and cats are mature enough to reproduce between the ages of 6 – 9 months. Female cats come into heat cycles every 3 – 4 weeks during certain times of the year. Many female cats will become nervous during these heat cycles and exhibit unusual behaviors such as rolling on the floor, furtively hiding, or wanting constant attention. Female cats often become quite vocal, too, meowing plaintively through their cycle. Most male dogs and cats are ready and willing to reproduce by the time they are 6 to 12 months of age. They are able to breed consistently throughout the year, or whenever they are exposed to a receptive female. Both male dogs and cats are prone to wander in search of romance and find themselves exposed to fighting with other animals, or dangers such as cars.